Despite what you may have heard from Ravens linebacker Ray Lewis, not all NFL players are turning to crime during the lockout (Kenny Britt fans may want to skip to the next article). Indeed, there are some very intelligent athletes in the league today.

Steelers fans can rejoice that they have a player on this list. (Sorry, it's not James Harrison or even Troy Polamalu. In the words of Stan Marsh, "sue me.")

Raiders fans, you also managed to get a player on this list; I don't know how you did it, but you did!

Quarterbacks are usually viewed as the smartest players in the league, and while there is definitely some merit to that, just three (and a half) made this list.

Here is my list of the 13 smartest players in the NFL today, in no particular order.

Fitzpatrick also reportedly set the speed record by finishing the test in just nine minutes, so not only did he score exceptionally well, but he also completed the exam extremely fast.

Fitzpatrick had his best season as a pro last year when he threw for 3,000 yards and 23 touchdowns as the Bills starting quarterback.

You had to know that Peyton would be on this list, just like he was on this 2010 list following a poll of NFL players done by Sports Illustrated. (Look who miraculously received one vote if you want a good laugh, and I'm not talking about Tony G.)

Manning (Peyton, not to be confused with Eli) is about as good as it gets when it comes to study film and breaking down defenses at the line of scrimmage.

While his physical skills are very good, his intelligence is unmatched at the position, and without him the Colts would very likely be a below average football team.

Most people probably did not know that Kevin Curtis scored a 48 on the Wonderlic Test and that he is one of the smartest players in the NFL.

The Utah State product has bounced around during his eight-year NFL career, spending time with four different teams, most recently playing for the Kansas City Chiefs for the team's playoff game against the Ravens.

The former Georgia Bulldog was the final pick of the first round in the 2004 NFL Draft by the New England Patriots, as he went on to help the team win Super Bowl XXXIX.

Watson has 235 career receptions for 2,865 yards and 23 touchdowns during his seven-year stint in the NFL thus far.

Birk is currently a center for the Baltimore Ravens and while you can't necessarily tell by the picture above, the 34-year-old is also a former member of the Harvard football team.

Grizzlies Hardwood Jersey Throwback Green Adidas Men's Tall Big Abdur-rahim Shareef Classics Swingman Memphis Birk graduated from Harvard in 1998 where he received a degree in economics; it's safe to say that had football not worked out, he would have been just fine.

Centers typically have to be the smartest player on a team's offensive line as they have to make the line calls, and it's safe to say that this six-time Pro Bowler is just that.

You are probably asking yourself who this guy is, and I'm here to tell you that he's a superstar in the making.

OK, so maybe Bannon isn't going to be a superstar, but he is a very smart guy having played his college ball at Yale. The Chiefs made Bannon their final selection of April's draft when they took him in the seventh round to fill multiple roles for the team on offense.

Bannon can play running back and fullback, and he was the first Yale player to be drafted since Nate Lawrie in 2004.

Sporting News named McElroy one of the smartest athletes in America and while the Jets new backup quarterback may never be a great passer in the pros, he would still like to continue a career in the NFL in some capacity.

Grizzlies Hardwood Jersey Throwback Green Adidas Men's Tall Big Abdur-rahim Shareef Classics Swingman Memphis Look for McElroy on the sidelines of an NFL franchise one way or another in the next few years and possibly as the league's next commish as he has previously stated that to be a goal of his.

I know it's unbelievable, an Oakland Raider on this list, but bear with me.

Bryant is the third (and final) former Harvard player to crack this list. We all know that Raiders owner Al Davis loves workout warriors, but who knew he loved Wonderlic warriors too?

Bryant was signed as an undrafted free agent by the Silver and Black in 2009, and he has since played in 31 games and recorded 53 tackles and 2.5 sacks as a member of the Raiders stout defensive line.

Gerhart was not only a beast on the field while playing for the Cardinals in college, but he was also a major force in the classroom.

Gerhart was a member of the Pac-10's All-Academic team in 2009 while majoring in Management Science and Engineering.

The Vikings running back had an opportunity to play professional baseball as well, but he made what appears to be a smart move and chose the NFL instead, going in the second round of the 2010 draft.

Fletcher is one of the NFL's most under-appreciated players in the league, having made just two Pro Bowls but being selected as an alternate nine times (surely an NFL record).

While Fletcher did not graduate from an Ivy League school, he has shown that he has the smarts and instincts to be one of the NFL's top linebackers over the past decade.

Fletcher has recorded 128 tackles or more in 10 of his last 11 seasons, an astonishing statistic considering only 10 players managed to eclipse the 128 tackle mark last season (Fletcher being one of them, of course).

It's hard not to like the Tennessee Titans sixth-round selection in the 2010 NFL Draft, former Florida State safety Myron Rolle.

Rolle was a very talented player during his time with the Seminoles, and he would have certainly went higher in the draft had he not taken a year off to study at Oxford University after receiving a Rhodes Scholarship.

Rolle was just one of 32 Americans to receive the scholarship, and he used it to pursue a degree in medical anthropology.

Grizzlies Hardwood Jersey Throwback Green Adidas Men's Tall Big Abdur-rahim Shareef Classics Swingman Memphis Brees was named the second-smartest player in the NFL during SI's player poll in 2010, and it's hard to argue with that.

The former Boilermaker was named the Academic All-America Player of the Year during his senior year at Purdue, and he was a huge reason for the Saints' victory in Super Bowl XLIV.

Brees has also written a book about his life and coming back from injury to become one of the top players in the league today.

Hines Ward, best known for his win on Season 12 of Dancing with the Stars (just kidding, not about the winning part, the man can dance, or so I've heard) is one of the smartest players in the NFL and at the receiver position.

Ward played his college ball at Georgia (which apparently used to be a good academic school, you know, before players started selling jerseys to agents and all), where he also saw time at quarterback during his sophomore season, further proving that he is an intelligent guy.

The 35-year-old received his bachelor's degree in Consumer Economics from Georgia, and he has put it to use while getting involved in multiple business ventures outside of his playing career. 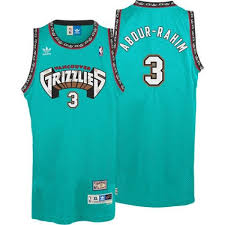